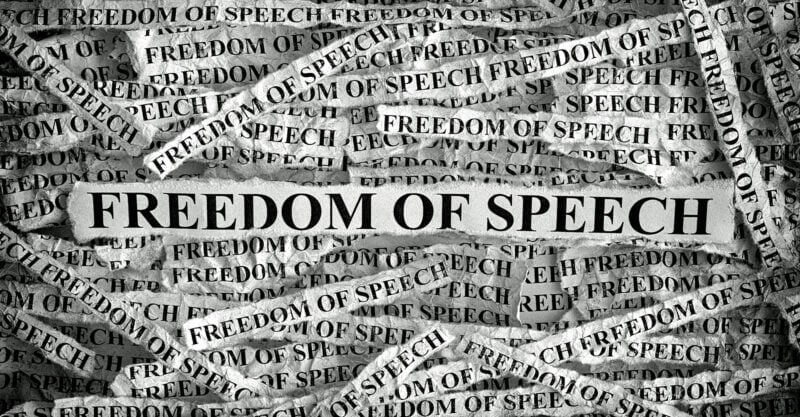 Miss a day, miss a lot. Subscribe to The Defender’s Top News of the Day. It’s free.

In a May 5 letter to U.S. Department of Homeland Security (DHS) Secretary Alejandro Mayorkas, the AGs demanded DHS “cease all efforts to police Americans’ protected speech.”

“The Disinformation Governance Board, by its very existence, and almost certainly by design, threatens to ‘enforce silence’ when Americans wish to express views disfavored by the Administration.

“It is therefore already chilling free speech and impeding the political process in Virginia and every other State. This is unconstitutional, illegal, and un-American.”

Georgia AG Chris Carr told Legal Newsline, “It is stunning that the Biden administration believes itself to be the arbiter of truth, so much so that it has devoted federal resources to the creation of this board.”

“The President does not have the authority to censor public discourse and to do so would infringe upon the First Amendment right enjoyed by all law-abiding citizens,” Carr added.

Meanwhile, 175 House Republicans, led by Rep. Scott Franklin (R-Fla.) last week in a letter to Mayorkas demanded answers to four questions about the board, including, “Under what legal authority is DHS creating this Disinformation Governance Board?”

And Reps. John Katko (R-N.Y.) and Mike Turner (R-Ohio) — the top Republicans on the House Intelligence and House Homeland Security committees — in a separate letter to the DHS secretary requested a list of documents relating to the board be released on or before May 13.

The Biden administration on April 27 announced the creation of the board, prompting criticism from members of Congress in both parties, some of whom likened the board to the “Ministry of Truth” — the fictional government agency responsible for creating propaganda in George Orwell’s novel “1984.”

Mayorkas, who made the announcement in testimony delivered before the House Appropriations Subcommittee — two days after Elon Musk announced he was buying Twitter — said the department is focused on the spread of disinformation in minority communities.

The “focus” of this new Disinformation Governance Board will be “Russia and irregular migration,” Mayorkas said, without making it clear what the DHS defines as “disinformation” or why it appears to be a particular problem in vaguely defined “minority communities.”

According to John Cohen, a DHS counterterrorism official who assisted in starting the board, it’s just a “policy coordination group” created to standardize efforts across DHS to respond to disinformation that could be connected with violent threats to the U.S.

Agencies that fall under the DHS include: the Federal Emergency Management Agency, U.S. Customs and Border Protection, the Cybersecurity and Information Security Agency, the Science and Technology Directorate and the Office of Intelligence and Analysis.

Unlike DHS’ Office of Intelligence and Analysis or Office of the Inspector General, the board will not generate routine reports, bulletins or guidance to the American public, but will instead advise the DHS agencies in their disinformation work.

However, DHS on May 2 released a fact sheet that promises to “release comprehensive quarterly reports about the working group’s activities to Congress, including its oversight committees.”

DHS has yet to release a charter for the board or set parameters for its activities and authority.

An ‘awful idea’ that should frighten anyone who ‘values liberty’

The board’s creation spurred outcries across social media, according to the Daily Herald, causing the term “Ministry of Truth” to trend on Twitter for hours.

“It’s an awful idea, and you ought to disband it,” Sen. Mitt Romney (R-Utah) told Mayorkas last Wednesday at a Senate hearing.

Sen. Ron Johnson (R-Wis.), a member of the Senate Homeland Security committee, told the Daily Caller the board “should frighten anyone who values liberty.”

Dem. Senator Chris Murphy, chairman of the Senate Appropriations Committee’s Homeland Security panel, told Mayorkas, “There has been a lot of misinformation about your department’s work to combat misinformation.”

“You should probably set the record straight about what the goals of your efforts in this area are,” Murphy added.

It’s Time to Follow the Science. Join our Campaign!

“Once Homeland Security declares a view to be ‘disinformation,’ then many corporate media outlets, deferential to the claims of the U.S. Security State, will uncritically cite that pronouncement as dispositive, while Big Tech platforms will be pressured to ban views deemed by DHS to be ‘disinformation’ — exactly the way they accepted the lie that the [Hunter] Biden archive was ‘disinformation’ because this lie emanated from official government ‘experts.’”

“Knowing that Americans are inculcated from childhood to believe that censorship is nefarious — that it is the hallmark of tyranny — those who wish to censor need to find some ennobling rationale to justify it. They have thus created a litany of neutral-sounding groups with benign names.”

The Disinformation Governance Board is another such group, according to Greenwald.

Integrating this “fraudulent disinformation industry” into the U.S. security state, Greenwald said, is likely to be “pernicious in concrete and serious ways.”

DHS pushes back, denies board will have power to track Americans

Appearing Sunday on CNN’s State of the Union, Mayorkas said, “We in the Department of Homeland Security don’t monitor American citizens.”

Mayorkas last week pushed back against accusations the board would act as “the truth police,” CNN reported.

“That is the farthest thing from the truth,” Mayorkas said, adding:

“We protect the security of the homeland, and once again, allow me to articulate what I have said previously, which is that the working group does not have operational capability and authority.

“It is to make sure that there are policies in place, standards in place, to protect the very rights about which you inquire.”

However, DHS, created in response to the security issues leading up to the Sept. 11, 2001 attacks, does have authority to track and collect data on American citizens and has been repeatedly accused of misusing those powers, according to an Associated Press report.

In a bulletin earlier this year, DHS said it tracked social media posts to identify potential conspiracy theories that might inspire domestic violence or terrorism.

Even with the new Disinformation Governance Board, DHS won’t have the authority to remove posts or accounts that it believes are spreading disinformation.

The tech companies themselves are the ones who make that call, said Katie Harbath, a former public policy director for Facebook who is now the International Republican Institute’s technology and democracy director.

Suzanne Burdick, Ph.D., is an independent journalist and researcher based in Fairfield, Iowa.