In the public interest.  I find this very distressing how those speaking up can be murdered.  That says we are dealing definitely with a crime scene.   His case is featured in a video below this story.

Those who are killed I am sure want their story to come out.  Is there any mistake we find their stories. I don’t think so.

RELATED: 9/11 and Philip Marshall Murder-Suicide Questions: My Trip To Murphys

“Philip Marshall wrote about conspiracy. Was he a victim of one? ‘9/11 Truther’ Philip Marshall and his entire family were recently found dead of gunshot wounds in what authorities are calling a murder suicide.

Marshall was a former airline pilot and a ‘9/11 Conspiracy Theorist’ and book writer who believed that the Bush administration, with cooperation from Saudi intelligence, had committed the ‘false flag’ terrorist attacks on September 11th, 2001. Marshall was also a former CIA and DEA pilot during the Iran/Contra Scandal. Marshall lived in fear for his life while writing his 9/11 Truther book implicating the United States government and George W. Bush in the ‘false flag’ attacks. Has the US government begun an all out assault on whistle blowers and so-called truthers?” (…) Read more 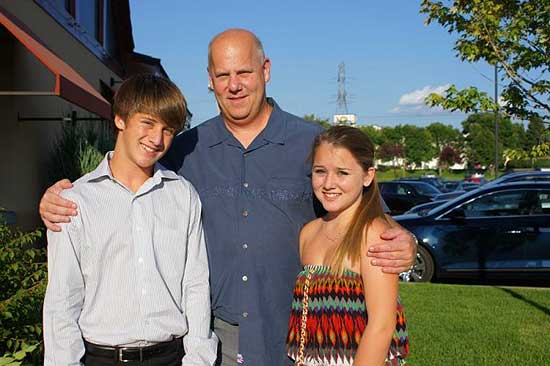 A pilot who wrote a conspiracy theory book about 9/11 is dead after he shot his two teenage children and family dog before turning the gun on himself. Micalia Phillips, 14, and her 17-year-old brother Alex, were also found dead at the home inside the gated Forrest Meadows community.

The former airline pilot’s controversial conspiracy book The Big Bamboozle: 9/11 and the War on Terror was released last year.

While he was writing it, Marshall believed that his life was in danger because of the allegations involved.

According to Santa Barbara View, during the editing and pre-marketing process of Marshall’s book, he expressed some degree of paranoia because the nonfiction work accused the George W. Bush administration of being in cahoots with the Saudi intelligence community in training the hijackers who died in the planes used in the attacks.

“Think about this,” Marshall said last year in a written statement, “The official version about some ghost (Osama bin Laden) in some cave on the other side of the world defeating our entire military establishment on U.S. soil is absolutely preposterous.”

Marshall went on to say: “The true reason the attack was successful is because of an inside military stand-down and a coordinated training operation that prepared the hijackers to fly heavy commercial airliners. We have dozens of FBI documents to prove that this flight training was conducted California, Florida and Arizona in the 18 months leading up to the attack.”

The veteran pilot confided that he was concerned about his 10-year, independent 9/11 study and most recent book since they pointed to the Saudis and the Bush intelligence community as the executioners of the attack that defeated all U.S. military defenses on Sept. 11, 2001.

Marshall said he knew his book might cause some people to take issue with him.

Philip Marshall, a veteran airline captain and former government “special activities” contract pilot, had authored three books on Top Secret America, a group presently conducting business as the United States Intelligence Community. Marshall is the leading aviation expert on the September 11th attack, as well as a masterful storyteller. In his final book “The Big Bamboozle: 9/11 and the War on Terror,” a 2012 publication Marshall theorized it wasn’t al-Qaida but rather U.S. and Saudi government officials who orchestrated 9/11. In February 2013, he was found dead along with his two children in their home in California. Reports indicate all 3 died of gunshot wounds. Police regarded the case as a double murder- suicide case. But many pieces do not add up. Simply, a loving father and devoted husband would kill his children before turning the gun on himself. Besides, prior to his death, he had confided to his closest that he was terrified of his family being targeted by secret agents. This movie looks into this whistleblower’s investigations and tries to find out what he could have possibly found that cost his life and that of his loved ones.