Al Qaeda: The Data Base

Al Qaeda: The Data Base 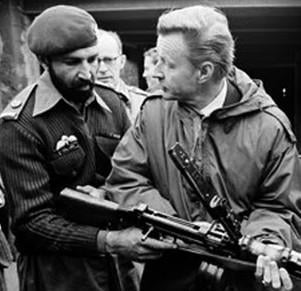 This article originally published by Global Research in 2005 sheds light on the nature of Al Qaeda, an intelligence construct used by Washington to destabilize and destroy sovereign countries, while sustaining the illusion of  an outside enemy, which threatens the security of the Western World.

Both the Obama and Trump administrations have supported “moderate al Qaeda rebels” in Syria as part of a “counter-terrorism”  campaign (i.e. bombing raids) allegedly against the ISIS,  formerly known as al Qaeda in Iraq (AQI).

The state sponsor of Al Qaeda goes after Al Qaeda?

The article below describes the origins of Al Qaeda: The Base, by Pierre-Henry Bunel, a former agent for French military intelligence.

Shortly before his untimely death, former British Foreign Secretary Robin Cook told the House of Commons that “Al Qaeda” is not really a terrorist group but a database of international mujaheddin and arms smugglers used by the CIA and Saudis to funnel guerrillas, arms, and money into Soviet-occupied Afghanistan. Courtesy of World Affairs, a journal based in New Delhi, WMR can bring you an important excerpt from an Apr.-Jun. 2004 article by Pierre-Henry Bunel, a former agent for French military intelligence.

“I first heard about Al-Qaida while I was attending the Command and Staff course in Jordan. I was a French officer at that time and the French Armed Forces had close contacts and cooperation with Jordan . . .

“Two of my Jordanian colleagues were experts in computers. They were air defense officers. Using computer science slang, they introduced a series of jokes about students’ punishment.

“For example, when one of us was late at the bus stop to leave the Staff College, the two officers used to tell us: ‘You’ll be noted in ‘Q eidat il-Maaloomaat’ which meant ‘You’ll be logged in the information database.’ Meaning ‘You will receive a warning . . .’ If the case was more severe, they would used to talk about ‘Q eidat i-Taaleemaat.’ Meaning ‘the decision database.’ It meant ‘you will be punished.’ For the worst cases they used to speak of logging in ‘Al Qaida.’

“In the early 1980s the Islamic Bank for Development, which is located in Jeddah, Saudi Arabia, like the Permanent Secretariat of the Islamic Conference Organization, bought a new computerized system to cope with its accounting and communication requirements. At the time the system was more sophisticated than necessary for their actual needs.

“It was decided to use a part of the system’s memory to host the Islamic Conference’s database. It was possible for the countries attending to access the database by telephone: an Intranet, in modern language. The governments of the member-countries as well as some of their embassies in the world were connected to that network.

“[According to a Pakistani major] the database was divided into two parts, the information file where the participants in the meetings could pick up and send information they needed, and the decision file where the decisions made during the previous sessions were recorded and stored. In Arabic, the files were called, ‘Q eidat il-Maaloomaat’ and ‘Q eidat i-Taaleemaat.’ Those two files were kept in one file called in Arabic ‘Q eidat ilmu’ti’aat’ which is the exact translation of the English word database. But the Arabs commonly used the short word Al Qaida which is the Arabic word for “base.” The military air base of Riyadh, Saudi Arabia is called ‘q eidat ‘riyadh al ‘askariya.’ Q eida means “a base” and “Al Qaida” means “the base.”

“In the mid-1980s, Al Qaida was a database located in computer and dedicated to the communications of the Islamic Conference’s secretariat.

“In the early 1990s, I was a military intelligence officer in the Headquarters of the French Rapid Action Force. Because of my skills in Arabic my job was also to translate a lot of faxes and letters seized or intercepted by our intelligence services . . . We often got intercepted material sent by Islamic networks operating from the UK or from Belgium.

“These documents contained directions sent to Islamic armed groups in Algeria or in France. The messages quoted the sources of statements to be exploited in the redaction of the tracts or leaflets, or to be introduced in video or tapes to be sent to the media. The most commonly quoted sources were the United Nations, the non-aligned countries, the UNHCR and . . . Al Qaida.

“Because of the presence of ‘rogue states,’ it became easy for terrorist groups to use the email of the database. Hence, the email of Al Qaida was used, with some interface system, providing secrecy, for the families of the mujaheddin to keep links with their children undergoing training in Afghanistan, or in Libya or in the Beqaa valley, Lebanon. Or in action anywhere in the battlefields where the extremists sponsored by all the ‘rogue states’ used to fight. And the ‘rogue states’ included Saudi Arabia. When Osama bin Laden was an American agent in Afghanistan, the Al Qaida Intranet was a good communication system through coded or covert messages.

“Al Qaida was neither a terrorist group nor Osama bin Laden’s personal property . . . The terrorist actions in Turkey in 2003 were carried out by Turks and the motives were local and not international, unified, or joint. These crimes put the Turkish government in a difficult position vis-a-vis the British and the Israelis. But the attacks certainly intended to ‘punish’ Prime Minister Erdogan for being a ‘toot tepid’ Islamic politician.

” . . . In the Third World the general opinion is that the countries using weapons of mass destruction for economic purposes in the service of imperialism are in fact ‘rogue states,” specially the US and other NATO countries.

” Some Islamic economic lobbies are conducting a war against the ‘liberal” economic lobbies. They use local terrorist groups claiming to act on behalf of Al Qaida. On the other hand, national armies invade independent countries under the aegis of the UN Security Council and carry out pre-emptive wars. And the real sponsors of these wars are not governments but the lobbies concealed behind them.

“The truth is, there is no Islamic army or terrorist group called Al Qaida. And any informed intelligence officer knows this. But there is a propaganda campaign to make the public believe in the presence of an identified entity representing the ‘devil’ only in order to drive the ‘TV watcher’ to accept a unified international leadership for a war against terrorism. The country behind this propaganda is the US and the lobbyists for the US war on terrorism are only interested in making money.”

In yet another example of what happens to those who challenge the system, in December 2001, Maj. Pierre-Henri Bunel was convicted by a secret French military court of passing classified documents that identified potential NATO bombing targets in Serbia to a Serbian agent during the Kosovo war in 1998. Bunel’s case was transferred from a civilian court to keep the details of the case classified. Bunel’s character witnesses and psychologists notwithstanding, the system “got him” for telling the truth about Al Qaeda and who has actually been behind the terrorist attacks commonly blamed on that group.

It is noteworthy that the Yugoslav government, the government with whom Bunel was asserted by the French government to have shared information, claimed that Albanian and Bosnian guerrillas in the Balkans were being backed by elements of “Al Qaeda.” We now know that these guerrillas were being backed by money provided by the Bosnian Defense Fund, an entity established as a special fund at Bush-influenced Riggs Bank and directed by Richard Perle and Douglas Feith.

French officer Maj. Pierre-Henri Bunel, who knew the truth about “Al Qaeda”, the CIA’s data base.