In the public interest. Do you see our world as out of control? This video below will explain why.

Kevin Shipp, a former CIA officer discusses the Shadow Government and the Deep State. He outlines Hillary Clinton’s illegal activities calling Criminal Cabal. He indicates this is the biggest scandal in US history.

The key issue raised is accountability. He is astounded that given clear felony’s by senior figures in Washington D.C., nothing happens.

This was a question I had. I couldn’t understand if there is criminal activity why is there no criminal case and jail terms? Kevin Shipp explains the protection of corruption in Washington. It is well organised.

Alexander Downer, Australian Ambassador to the US gave $24 million tax dollars to Clinton foundation. Australian people do not know. He pops up in a bar approaching George George Papadopoulos to get him to admit the Trump campaign had Hillary Clinton’s emails…

This video presentation is very alarming given the power of US politics and implications for World Peace if out of control with no checks and balances. Their influence on other countries, including Australia, impacts political decisions, budget’s, military spending, welfare, trade deals and other illegal activities. It sets a standard for covering up illegal activity and the use of secrecy clearances to block government oversight on their activities. It is a complex and informative discussion.

He speaks about the critical importance of President Donald Trump’s Presidency cannot be underestimated in blocking the domination agenda called the New International World Order (New World Order). He is an outsider, he uses his own money and he is attempting to expose their activities and is under attack himself to remove him before the next election. Donald Trump uses the term ‘draining the swamp’ which describes a long term pattern of corruption in the Whitehouse, Federal Government and intelligence community.

The mindsets are anti-democratic, unconstitutional, illegal and engaging in activities that are hidden from the public. Kevin Shipp is bringing this out in the open so the public are informed about what is being done in their name. He holds grave concerns about US Democracy and criminality at the highest levels.

In both cases below FBI agents emotional respond to the Kennedy Assassination and seeking the truth. It is stated that it was a CIA and those involved in organised crime.

The truth sets all free. 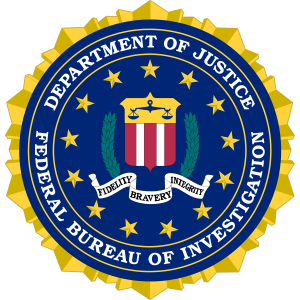 This blog covers issues about pedophilia in respect of Hillsong Church, Boys Town and the Conspiracy of Silence due to those in power being part of pedophile rings  It is absolutely unacceptable for child abuse to be covered up and ignored.  Imagine if you were that child.  To force sex on an innocent child reveals this emotional disconnect from the suffering of the ‘other’ and drives to the heart of how and why abuse happens.  It is a sickness not an ‘orientation’ as has been stated, thus objectifies the suffering of children and projects fantasy’s onto them. These children may become so traumatised that the mind disassociates from the experience which is why later in life they get flash backs.  The mind does this as a survival mechanism as the trauma was too great.

I will look into some of the links that indicate that there are some commentators attempting to normalise pedophilia.  This is very concerning. Yet it is what those who abuse do as they are in denial of the gravity of the crime. Some call it ‘boy love’, it is the extreme opposite of love.

What prompted me to produce this blog was a news feed from the ABC entitled ‘Scott Morrison dismisses report he wanted Hillsong pastor Brian Houston to attend events during US state visit’.   I suddenly had inspiration to look at Hillsong and pedophilia.

This is the ABC article refer
https://www.msn.com/en-au/news/australia/scott-morrison-dismisses-report-he-wanted-hillsong-pastor-brian-houston-to-attend-events-during-us-state-visit/ar-AAHEhoN?ocid=spartandhp

I recall Fiona Barnett, a child ritual abuse victim from Victoria, Australia bravely making public a VIP pedophile ring.  She remembered those involved in ritual child abuse as she was flown around the world as a child given to men to abuse. I am extremely concerned about this issue.  If it is true then there must be an investigation into high level pedophilia. This is a serious crime and no-one is above the law.
Fiona’s website is:  https://pedophilesdownunder.com/

I have found another story on the Exclusive Brethren, Pedophilia and links to conservative politics.  I note that John Howard has links to them given they approached him to give donations.

For some reason my blog page is not allowing me to post the link, I’ve just gone to an another private browser that blocks data gathering and I’ve been able to paste a link.  Take note of that if you have difficulties when blogging.

This is the article.  Brethren bid to cover up sexual assaults on girls
Refer https://www.theage.com.au/national/brethren-bid-to-cover-up-sex-assaults-on-girls-20061230-ge3w60.html

The public demand to know if there are pedophiles in high profile positions still at large. These matters must be investigated in the public interest.

The first video is from 60 Minutes Australia exposing Frank Houston the founder of the Hillsong Church.   The second video is explosive called ‘Conspiracy of Silence’. It exposes pedophilia in Boys Town and speaks about pedophilia at the highest levels. I will feature the article in the next blog.

This video highlights an interview with a 911 whistle-blower.  Could to see a FBI attorney speaking up.

(Visit: http://www.uctv.tv/) Veteran FBI staff attorney Coleen Rowley details how the FBI dismissed reports from her office that may have led the Bureau to the center of Al Qaeda’s 9/11 plot. [9/2008] [Show ID: 15113]