Carbon Media was commissioned by the government.  My first response is a citizen is that I do not want PR involved in information dissemination, I want only experts so that I know I am getting independent information.  I am concerned about misinformation and manipulating information. So those involved are important to look at in the public interest.  I will look at Carbon Media in the next blog.

The Morrison government only engaged a creative agency for its national public health campaign about coronavirus on 3 March, more than a month after the first case of the disease was reported in Australia.

According to the contract notice on AusTender, the health department engaged Carbon Media to provide creative services for the Covid-19 campaign on 3 March.

A spokesman for the health minister Greg Hunt defended the timeline, telling Guardian Australia the department “had access to creative services from a range of sources, both internal and external, well before Carbon Media was engaged” but conceded the contract for the national campaign began on 3 March.

Labor has seized on the revelation to step up its criticism that the Morrison government was too slow to educate the public about preventing the spread of coronavirus through hygiene and social distancing measures.

On Sunday the prime minister, Scott Morrison, announced that Australia will require all international arrivals in Australia to self-isolate for 14 days and is now encouraging social distancing for others. The escalation comes on top of a recommendation that from Monday all non-essential mass gatherings of more than 500 people be cancelled. 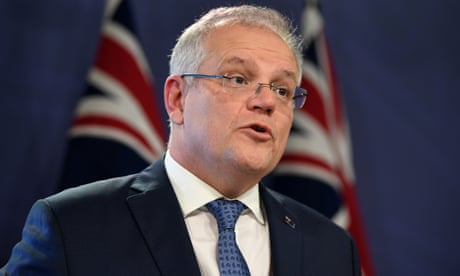 The suite of new measures comes after criticism the government has failed to give clear messages about social distancing. The chief medical officer, Brendan Murphy, advised as late as Sunday morning that handshakes between people who have not returned from overseas were still advisable.

The $407,700 Carbon Media contract is due to run until 30 June and was awarded by limited tender, subject to the exemption on open tenders for government advertising contracts.

Carbon Media has numerous other contracts with the health department including for seasonal influenza communications and childhood immunisation.

Labor’s shadow health minister, Chris Bowen, told Guardian Australia: “Time will tell whether this is in an effective advertising campaign, but Labor questions why it took the government over two months to commence an advertising campaign to provide the most basic public health information on Covid-19.

“They should be doing more, sooner.”

The coronavirus ads, which were rolled out on Saturday, direct Australians to visit health.gov.au to access up-to-date advice:

Another version of the ad urges people who have been overseas or had contact with people with coronavirus to call ahead before visiting the doctor and stay home if the illness is mild:

Australians are directed to cough or sneeze into their arm or a tissue, and to wash their hands regularly:

On Wednesday Hunt announced the $30m ad campaign as part of the $2.4bn health response to the coronavirus.

So far, the health department has paid $2.3m to Mediabrands Australia for the media buy for the campaign, and $56,375 to Snapcracker Research and Strategy for concept testing for the campaign. Those contracts run from 12 March and 4 March.

The department has paid $17,270 to Ansible Pty Ltd to develop a mobile application, although it is unclear if the contract relates to development of a new coronavirus app.

At a press conference on Sunday Bowen said Labor welcomed the fact the advertising campaign has started in earnest.

“I have made the point consistently that the public information has not always been clear and consistent,” he said. 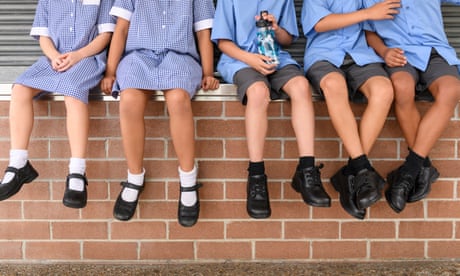 Bowen said the campaign “needs to be a nationally coordinated, fully integrated campaign to allay misinformation on social media” and should also “make people’s obligations for self-isolation very clear”.

On Monday, Scott Morrison told ABC’s AM resources for the campaign were put in place “several weeks ago” and the government had taken coronavirus seriously since mid-January.

He cited travel bans and evacuations from Wuhan, without explaining why the health campaign was commissioned on 3 March.

The first case of coronavirus in Australia was confirmed on 25 January.

On 11 March Hunt defended the pace of rolling out ads by noting the government had already started using signage at airports to communicate about measures to combat coronavirus.

“In addition, we’ll be focusing on online, electronic media and messages to the home to make sure that people have as many avenues [to receive information] as possible,” he said.

Hunt’s spokesman said the government had run “a range of messages and advertising, particularly targeted at the Chinese community and international travellers as was the original need in the early phases of the outbreak”.

“The public has been provided with the latest developments regarding the coronavirus outbreak through nearly daily press conferences, media releases, updates on the department’s website and social media channels.”

“Multiple fact sheets and communiques have been posted on the website and distributed to key stakeholders and industries to address their specific requirements.”