The tactic of criminalising dissent is not only in the media but legal processes are used to shutdown voices those in power and influence want silenced.  In my view there is an attitude at the senior echelons of power that believe they are above the law.  The very act of seeking to silence dissent suggests they are hiding activities that need to be scrutinised not only by journalists but civil society.

This article is by the Conversation.  I really like the campaign of redacting the newspapers.  It makes clear that Our Right to Know is being challenged along with the notion of democracy.  It is evident that those in power (inclusive of those unelected) are deciding what the people are to know and what they aren’t.  There is a contempt for freedom of speech and transparency, it is given lip service to along with many other values and virtues as part of public relations.

I believe Australia is a test case of seeing how far the criminalisation of repression can go.  What happens here will affect other Western countries who have enshrined in their Constitutions rights and who believe in democracy as fundamental.  We are in times where there are those in power who do not want democracy as it is viewed as an impediment but rather are seeking to move us towards a technocracy where life is about compliance and social credits given to those who don’t rock the boat. Those favoured in my view will be of economic value and will be compliant.  Those who are principled, who speak up will (and are) vilified.  I am one of them for sure.  I believe I have a right to freedom of speech.  Where did  I get that idea from?

We are in interesting times.

Rebecca Ananian-Welsh, The University of Queensland 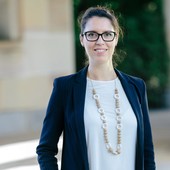 University of Queensland provides funding as a member of The Conversation AU.

We believe in the free flow of information

Republish our articles for free, online or in print, under Creative Commons licence.

Australians picked up their morning papers yesterday to find heavily blacked-out text instead of front-page headlines. This bold statement was instigated by the “Your Right to Know” campaign, an unlikely coalition of Australian media organisations fighting for press freedom and source protection.

A key reform advocated by a range of organisations and experts – including our research team at the University of Queensland – is the introduction of a Media Freedom Act. Unlike human rights or anti-discrimination legislation, there is no clear precedent for such an act.

It was the June raids on the home of News Corp journalist Annika Smethurst and the ABC’s Sydney headquarters that revealed the fragile state of press freedom in Australia. Two parliamentary inquiries into press freedom are on foot, with public hearings before the Senate committee starting last Friday.

Read more: Why the raids on Australian media present a clear threat to democracy

Parliament will soon face the question: can we protect national security without sacrificing that cornerstone of liberal democracy, press freedom? If so, how?

Home Affairs Minister Peter Dutton’s immediate response to the raids was to state that journalists would be prosecuted if they received top-secret documents. A month later, Dutton issued a ministerial directive to the AFP that emphasised the importance of press freedom and the need for restrained action against journalists.

Attorney-General Christian Porter’s subsequent directive was more moderate, ensuring that he would have the final say on whether journalists would be prosecuted on the basis of their work “in a professional capacity as a journalist”.

These directives may reflect a burgeoning appreciation within government of the importance of the press in ensuring democratic free speech and accountability.

However, the laws that undermine press freedom by targeting journalists and their sources remain on the books. These laws include many of the now 82 (and counting) national security laws enacted since September 11 2001. This is more than anywhere else in the world and some of these laws grant the government uniquely severe powers of detention and interrogation.

A Media Freedom Act could serve three key roles, making it an appropriate and advantageous option in the protection of national security, press freedom and democracy.

First, a Media Freedom Act would recognise and affirm the importance of press freedom in Australia. This recognition would support the fourth estate role of the media and demonstrate Australia’s commitment to democratic accountability and the rule of law. It would carry the weight of legislation rather than the relative flimsiness of ad hoc directives.

In this way, a Media Freedom Act would represent a clear commitment to the public’s right and capacity to know about how they are governed and power is exercised.

The act would also recognise that press freedom is not an absolute, but may be subject to necessary and proportionate limitations.

A culture of disclosure

Second, it would support a transition from a culture of secrecy to a culture of disclosure and open government across the public sector. This role could be served by requiring the public sector (including law enforcement and intelligence officers) to consider the impact of their decisions on press freedom and government accountability and to adopt the least intrusive option that is reasonably available.

This requirement echoes Dutton’s directive. It is already part of the law of Victoria, the ACT and Queensland, where free expression is protected within those jurisdictions’ charters of rights. Like the charters, a federal Media Freedom Act would aim to bring about a cultural shift and contribute to the gradual rebuilding of trust between government and the media.

At federal level, the parliament must already consider the impact of a new law on freedom of expression under the Human Rights (Parliamentary Scrutiny) Act. A Media Freedom Act could reinforce the importance of parliament and the public sector considering the impact on press freedom when it debates and enacts new laws.

Journalism is not a crime

Third, and most importantly, a Media Freedom Act would protect press freedom by ensuring legitimate journalism was excluded from the scope of criminal offences.

It is important that this be in the form of an exemption rather than a defence. This has no substantial legal impact. But, crucially, an exemption conveys that the journalist had not engaged in criminal wrongdoing.

It also places the onus on the prosecution to prove the exemption doesn’t apply. This therefore alleviates the chilling effect on press freedom caused by the threat of court action.

The framing of the protection will attract debate (what, after all, is a journalist? And what is journalism?).

A good starting point is the existing journalism defence to the general secrecy offence in section 122.5 of the Criminal Code. For that defence to apply, the person must have:

A single act or many amendments?

A Media Freedom Act is not a panacea; it would not avoid the need for a detailed review of Australia’s legal frameworks for their impact on press freedom.

In particular, protections for private sector, public sector and intelligence whistleblowers need attention. Suppression orders and defamation laws also have a serious chilling effect on Australian journalism. However, the present approach of considering dozens of individual schemes for their discrete impact on press freedom, and seeking technical amendments to each to alleviate that impact, is cumbersome, illogical and destined to create loopholes.

Read more: Explainer: what are the media companies’ challenges to the AFP raids about?

Australia’s national security laws are uniquely broad and complex. At present, an inconsistent array of (notably few) journalism-based defences and exemptions from prosecution are scattered across these laws. Inconsistency leads to confusion, and overlapping offences make it even more difficult for journalists to know when they are crossing the line into criminal conduct.

The imperative to protect press freedom is fundamental and deserving of general recognition and protection. In light of these concerns, our international obligations and the rule-of-law concerns for legal clarity, consistency and proportionality, it is time for a Media Freedom Act.