I noted the them tonight had the Rockefellers in it.  I find myself not intentionally seeking out information but somehow it comes across my path.  Perhaps this is the dynamism of the internet.

Eugenics is an issue that keeps coming up.

This is from Truth stream media.  I’ve heard this commentator before.  It is amusing in parts in a heavy topic.  The clash is the belief in over population and the public’s pushback against these narratives.

Understanding Eugenics : Globalist War on the 99% 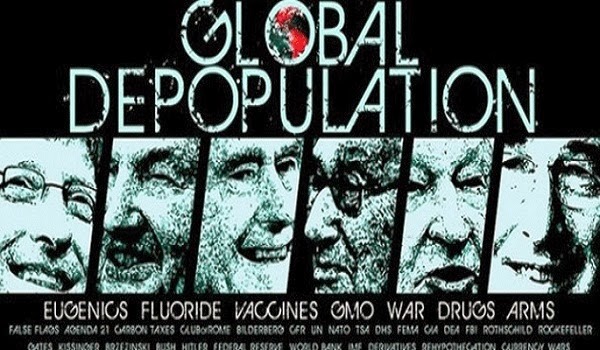 With smashing timing, Bill and Melinda Gates released a missive in the Wall Street Journal about the three myths on the world’s poor coinciding with a report announcing that the top richest 85 people (a list they are solidly on) in the world have more money than the poorest 3.5 billion or 50% of the entire world’s population.

This is an insane wealth gap. These people and their bajillions are essentially running the world.

There’s just one problem. Replacement rate — that is the number of children needed to maintain a stable population — is 2.1 (but it’s even higher for countries with higher mortality rates). That means that Thailand is below replacement rate, a reality that is screwing up the country’s social and economic foundations.

It’s so bad in Thailand, actually, that articles have detailed the “aging crisis” the country now faces due to the low birth rate. In fact, all the Asian nations are now facing this issue, and most of the developed world is below replacement rate as well.

Leave it to Bill Gates, billionaire eugenicist extraordinaire, to applaud a country for committing demographic suicide.

For just over a century, since its formation in 1913, the Rockefeller Foundation and other organizations created by the Rockefeller Dynasty have steered the direction of global attitudes towards population, birth control and eugenics.

Elite money from the East Coast of America joined with the aristocratically-inclined scientific crowd from Britain to create an organized attempt to establish Eugenics as a mindset that enabled elite control, and gave a rationale for reigning in the procreation of those declared unfit. Leading industrial magnates threw the weight of their wealth behind the fields of social work, genetics, medicine, public health agencies and politics to establish new offices, new organization and new laws to enforce Eugenics – declaring the unfit stripped of their right to breed, while glorifying the reproduction of best as progressors of the race of the world state.

The Rockefellers were leaders in this area, using their foundation to pursue Eugenics in university research and attempt to engineer a ‘new Man’ by controlling the science of life and establishing a tyranny over the reproductive cycle. Privately the Rockefellers funded Margaret Sanger, founder of the organization that became Planned Parenthood and who stirred controversy in Congressional testimony for breaking laws by promoting birth control. It also funded extreme eugenicists like Paul Popenoe in America and the Kaiser Wilhelm Institute in Nazi Germany, set up explicitly to study eugenics under individuals like the notorious Josef Mengele.

After WWII and the stain of the Nazis, the Rockefellers helped Eugenics shed its dark associations and re-brand under cause like “Family Planning & Worldwide Planned Parenthood” through organizations which most notably include John D. Rockefeller III’s Population Council. Rockefeller money paid for lots of propaganda and instituted involuntary sterilization programs in Puerto Rico, Brazil and California, among many other locales. National Family Planning ministries in India, China, Peru and elsewhere have enforced compulsory sterilization and/or birth limits with often dictatorial and genocidal population control methods. Family planning programs were pushed on most of the developing nations of the world, with special emphasis on the top countries with the largest population growth – which was echoed in State Department and National Security policy through Henry Kissinger’s 1974 NSSM #200 memo which identified population as a major threat to national security and recommended the use of “food as a weapon” in order to curb populations.

In later years, the Rockefeller Foundation funded the development of genetically engineered edible contraceptive plants, such as through the work of Charles Arntzen (and with eerie parallels through the Epicyte episode). The Rockefeller Foundation also quietly funded an anti-fertility in the HcG vaccine which was used covertly with the widely distributed tetanus vaccine, which served as a carrier to trigger autoimmune response to HcG and trigger spontaneous abortion and infertility. Scientific studies have demonstrated the undisclosed use of this HcG infertility vaccine in the Phillipines and Thailand.

All this way done as Rockefeller dollars also heavy funded the medical industry and pushed the use of vaccines worldwide. More recently, the Bill & Melinda Gates Foundation became the foremost player in philanthropy and formed multiple alliances with the Rockefeller Foundation, agreeing to use its funds to pursue their goals. This can been seen in the GAVI vaccine alliance, AGRA (the Alliance for a Green Revolution in Africa) and CGIAR (the Consultative Group on International Agricultural Research), among others, pushing vaccines and GMO crops on the developing and developed world alike.

Since that time, Gates and Rockefeller have taken things a step further, organizing a Bilderberg-style secret meeting among billionaire philanthropists to coordinate the agenda for population control efforts and other leading issues. It was covered in the media in glowing light, portraying these billionaire control freaks as literal superheroes and ‘saviors of the planet.’

Here’s just a few examples of slanted coverage in the London Guardian’s 2009 article on the so-called “Good Club.”

• “Few doubt the good intentions of Gates and Winfrey and their kind. They have already improved the lives of millions of poor people across the developing world. But can the richest people on earth actually save the planet?”
• “Sources say Gates was the most impressive speaker, while Turner was the most outspoken.”
• “There is little doubt that members of the Good Club have done amazing work.”
• “The Soros Foundation has done valuable work setting up democratic institutions and independent media across the former Soviet bloc.” [Editor’s Note: Soros’s actions here are less philanthropy and more, arguably, tantamount to covert regime change in tandem with U.S. policy objectives]

These types of praiseworthy propaganda lines are rampant, custom design to laud billionaires like Gates and Rockefeller, while lifting them up on a pestestal that projects their importance and appears to lend creedence to their self-appointed and assumed seat at the helm of the world ship – in their decidedly undemocratic ways.

The Guardian did manage to carry some criticism of the “Good Club.” Paul Harris wrote:

“The existence of the Good Club has struck many as a two-edged sword. On one hand, they represent a new golden age of philanthropy, harking back to the early 20th century when the likes of Rockefeller, Vanderbilt and Carnegie became famous for their good works. Yet the reach and power of the Good Club are truly new. Its members control vast wealth – and with that wealth comes huge power that could reshape nations according to their will.”

“There is also the issue of accountability. Even the most repressive of national governments is on some level beholden to its own people, or has the capacity to change and reform under popular pressure. But who votes for the Good Club?”

No one. That’s the point. These are a tiny class of people that have appointed themselves to fix the problems of the world – in their own ways.

The same wealth disparity that has made the world’s 85 richest worth more than half of the entire global population has given them big enough heads to think they can call the shots.

And who will stop them? Who will even point out the harm, rather than just assume they are saints and thank their unilateral actions?