I am a fan of Pink Floyd who were indeed ahead of their time.  Roger Walters is a talented and insightful artist who was invited to play as part of the calls to release Julian Assange who clearly is operating in the public interest.  He is a prisoner of conscience.  I note John Pilger, an Australian journalist has organised this event. t would be nice to hear of Australian artists doing the same.  He has not received equal consular support given his situation and the alliances that appear to take precedence over sovereignty.

It is the highest love to stop tyranny.  The United States if it believes in democracy and human rights has an opportunity to demonstrate this. Its leaving of the UN Human Rights Council, along with Israel, is very concerning and sends a message that they are not defenders of human rights which is civilian protections.  I spoke in my video about resurrection, I sense that is how they turn around the war crimes and corruption.  You cannot speak values and not live them, if you do then the world loses respect and you lose face (as the Chinese say).

I add to the calls for the release of whistleblowers and those who truly represent the people above self interest.  It takes enormous courage to reveal secrets, r crimes and criminality.  It is a duty to reveal corruption. In many respects these whistleblowers are doing the job of the ‘opposition’ who no longer is opposing but compromising in order to gain re-election, this is not in the public interest.

This case should be taken to an international Criminal Court, a precedent started whereby citizens can defend themselves against criminal allegations by foreign governments. He is not a US citizen I would place him in the realm of as a global citizen.

Videos in this article can be found by pasting the link below.

Thousands of supporters gathered last night outside the British Home Office demanding to end to the unlawful detention and persecution of Julian Assange, who is currently being held in London’s notorious Belmarsh Prison.

3,545 people are talking about this

After crowds chanted “Free, free Julian Assange,” Waters spoke to the crowd saying that he was “ashamed to be an Englishman” after the UK extraordinary rendition of Assange from Ecuadorian sovereign soil.

21WIRE editor Patrick Henningsen was on site reporting on the event and remarked on the crowd dynamics and the lack oj mainstream media presence, saying, “About one hour before the speakers arrived there were only a few hundred people around a small makeshift stage, but that soon turned into a few thousand ten minutes beforehand. This was an incredibly well-organized event, but interestingly, there was almost no mainstream media presence to speak of – no big UK print or broadcast names were in the press pit – which in itself is amazing considering the musical and cultural stature of someone like (Roger) Waters. But those who did attend were party to something really historic.”

Watch the full performance by Roger Waters, including the introduction by John Pilger here: 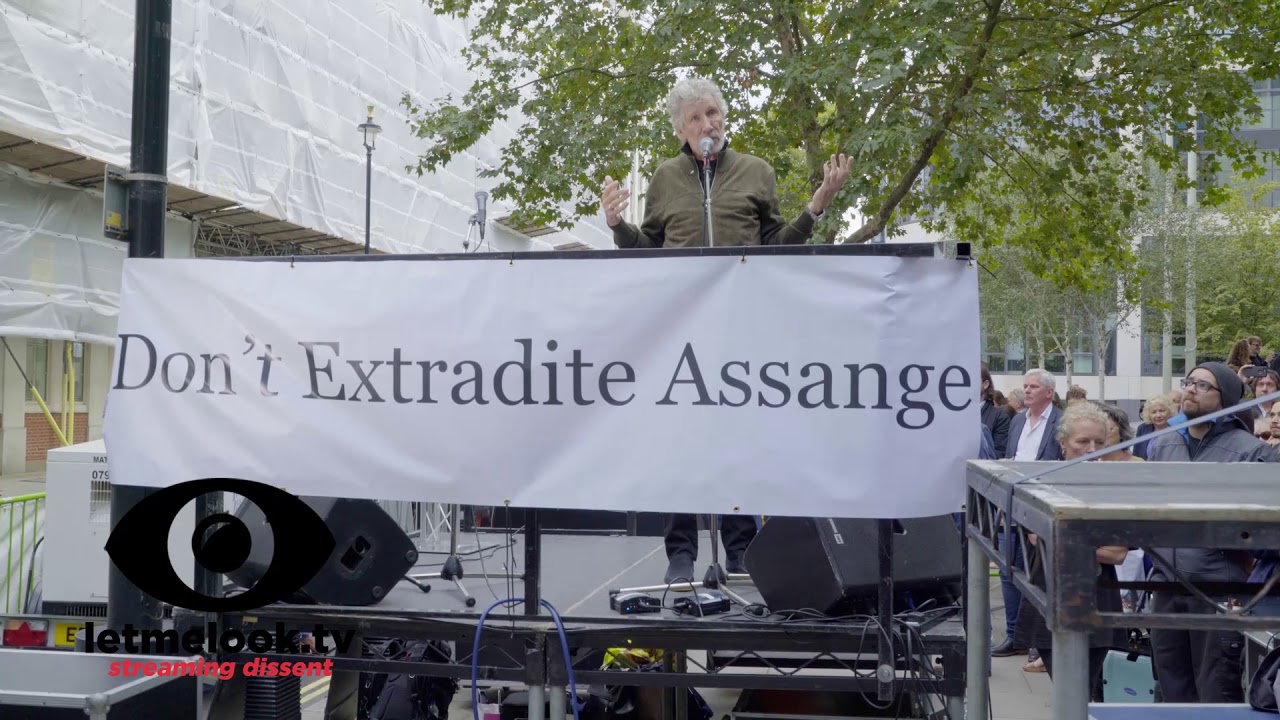 In addition, Gabriel Shipton, the brother of Julian Assange, also spoke outside UK Home Office protest, describing the cruel conditions of the detention suffered by his brother. Watch: 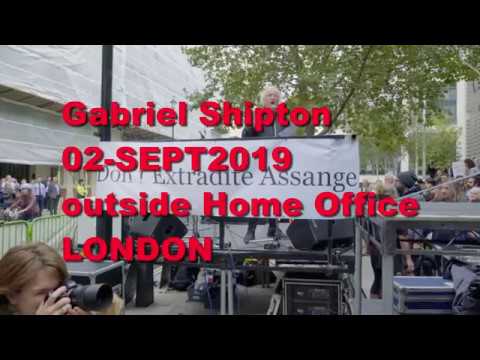 Assange is now being lined up for extradition from the UK to the US, supposedly for his role in the 2010 leaks in conjunction with US Army intelligence whistleblower Chelsea Manning who is also currently being held in custody in the US as federal officials attempt to force Manning under duress to help federal prosecutors create new charges to convict Assange with.

“Nonviolence is a weapon of the strong”