I was just sent this journalists blog yesterday and saw this article.

I am concerned about censorship shutting down narratives that do not fit the official line.  This appears to be the times we are in even prior to the coronavirus.

When we see dissent or differences of opinion being quietly or overtly removed (deleted) as they are not towing the official line, we are experiencing the implementation of a counter terrorism move to manage information dissemination.  In the War in Iraq this was information management which is why they embedded journalists.

In a democracy people have a right to discuss their ideas, air their concerns, share what is being discussed to garner opinions and to work together to determine solutions.

In a control paradigm those who differ from the mainstream line will be viewed as a threat and overtly or covertly shut down.  This can happen through IT diverting algorithms, it can happen through publicly demonizing a person, finding weaknesses in that person and exploiting where fear may be or threatening the person to be silent as big agenda’s are at play.

Now what happens when those alternative views are backed up by scientists and doctors who are neutral?  What then?

Caitlin mentions a CIA contractor, this is a reference to the Deep State.  Visit ex CIA whistleblower Kevin Shipp for more information on the Deep State and Shadow Governments. https://www.fortheloveoffreedom.net/

Coronavirus disinformation is the hot topic of the day, with pressure mounting on social media platforms to censor incorrect information about the virus and mainstream news outlets blaring dire warnings every day about the threat posed by the circulation of false claims about the pandemic.

“As fast as the coronavirus has raced around the globe, it has been outpaced by a blinding avalanche of social media sorcery and propaganda related to the pathogen, much of it apparently originating in Russia,” the Washington Post editorial board warns. “As always when it comes to its relations with the West, Moscow’s main currency is disinformation, and it spends lavishly.”

This would be the same Washington Post who falsely assured us that the Bush administration had provided “irrefutable” proof that the government of Iraq had weapons of mass destruction. The same Washington Post who falsely assured us that Russian hackers had penetrated the US electricity grid to cut off heat during the winter, and who circulated a McCarthyite blacklist of alternative media outlets designated “Russian propaganda” compiled by a group of anonymous internet trolls. The same Washington Post whose sole owner is a literal CIA contractor yet never discloses this brazen conflict of interest when reporting on the US intelligence community as per standard journalistic protocol.

If outlets like The Washington Post had done a better job of consolidating their reputation as a reliable news source instead of constantly deceiving their readers about very important matters, people would believe them instead of believing a “blinding avalanche of social media sorcery” (and web wizardry and internet incantations and electronic enchantments and net necromancy).

Funny, this is exactly what the US is doing to China, Iran, Venezuela & Cuba to deflect from its own abysmal failures that turned America into the world’s largest corporate sacrifice zone https://t.co/yIXGZoZp9L

“Here’s How to Fight Coronavirus Misinformation” reads a headline by The Atlantic, whose editor-in-chief Jeffrey Goldberg once assured us that “the coming invasion of Iraq will be remembered as an act of profound morality,” and whose star writer is David “Axis of Evil” Frum.

“China and Russia have seized on the coronavirus outbreak to wage disinformation campaigns that seek to undermine the U.S. and its handling of the crisis, rather than addressing public criticism of their own struggles with the pandemic,” warns The New York Times, who played a leading role in the disinformation campaign to build support for the Iraq invasion and who aggressively pushed crazy-making Russia hysteria (including famously retracting its bogus “17 intelligence agencies” claim).

So it is understandable that people are suspicious and looking to alternate sources for answers. The outlets which are warning them about the dangers of this virus and defending massive, unprecedented changes which have an immense impact on the lives of ordinary people have an extensive and well-documented history of lying about very important things. People are aware of this, in their own ways and to varying degrees, and it doesn’t help that all the usual suspects are behaving in a way that feels uncomfortably familiar.

“This pandemic will be more consequential than 9/11. It probably already is. People just don’t realize it, because they still think—still feel—that once this is all over we’ll go back to the way things used to be. We won’t,” says The Bulwark, whose founder Bill Kristol was also the founder of the wildly influential think tank Project for a New American Century (PNAC). PNAC famously argued a year before the 9/11 attacks that the massive worldwide increase in US military interventionism they were promoting at the time would not be possible without “some catastrophic and catalysing event – like a new Pearl Harbor”. All of which miraculously came to pass.

“This pandemic will be more consequential than 9/11. It probably already is. People just don’t realize it, because they still think—still feel—that once this is all over we’ll go back to the way things used to be. We won’t.” https://t.co/WzorDyXIYR

I personally believe there’s enough evidence that this virus is sufficiently dangerous to justify many of the significant steps nations have been taking (though of course we must oppose and be vigilant against government overstepping into authoritarianism). The statistics are still very blurry and unreliable, but the mountains of testimonies by rank-and-file medical staff pouring in from areas where the outbreak is bad constitute enough anecdotal evidence for me to believe that this virus can very easily overwhelm our healthcare systems if we don’t collectively take drastic measures to contain it.

That said, I certainly can’t cast blame on people who believe the threat the virus poses is being greatly exaggerated. Not because I think they’re right, but because you don’t blame a population who’s been constantly lied to for their disbelief in what they’re being told by the very political/media class which has been lying to them. It’s not the fault of the rank-and-file public that they’re believing conspiratorial narratives, erroneous Facebook memes, right-wing pundits and the US president over the mainstream press; it is the fault of the mainstream press themselves.

I’ve taken a lot of flack in conspiracy circles lately for my relatively normie stance on Covid-19, but I also can’t really take it personally because it isn’t really their fault. Not everyone has the time and the resources to independently comb through many disparate bits of information about a single topic and synthesize a lucid understanding of what’s going on; that’s meant to be the job of the press, but since they’ve neglected to do their job time and time again they lack the credibility to demand that people believe what they’re reporting.

So I never join in the loud finger-wagging and aggressive demonization of those who express doubt in what’s really going on with this thing. I’ll leave that to those of a more mainstream bent, since they seem to enjoy it so much. As for myself, I will continue pointing out that the reason misinformation is so readily believed is the same as the reason Trump’s criticisms of the mainstream press are so readily believed: they have absolutely earned their garbage reputation. 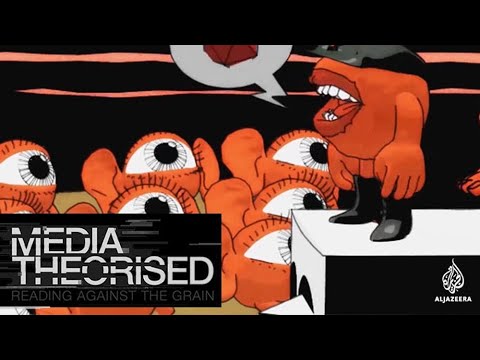 The whole reason the world is the way it is right now is because people have been manipulated by the media-controlling class into accepting an absolutely insane status quo as normal. That’s the only reason anyone believes it makes sense for so few to have so much while so many have so little, for trillions of dollars to be poured into military expansionism and wars which benefit no one but the rich and powerful, for the environment to be destroyed to make a few more millionaires into billionaires, for a demented right-wing racist warmonger to be running against another demented right-wing racist warmonger for the most powerful elected office on the planet.

The big lies happen once in a while, but these little lies of normalizing our insane status quo happen every single day. On some level everyone is aware, however dimly, that our society is crazy and needs to change drastically, and so they are also aware that this is the opposite of the message they receive every day from the “authoritative” narrative-makers. The crazier things get, the more this awareness will necessarily grow, and the less people will trust the billionaire media whose only purpose is to maintain the status quo upon which its owners have built their respective kingdoms.

You can’t blame people for being distrustful when you make them that way. The people screaming the loudest about disinformation right now are the ones most responsible for it.

Thanks for reading! The best way to get around the internet censors and make sure you see the stuff I publish is to subscribe to the mailing list for my website, which will get you an email notification for everything I publish. My work is entirely reader-supported, so if you enjoyed this piece please consider sharing it around, liking me on Facebook, following my antics onTwitter, checking out my podcast on either Youtube, soundcloud, Apple podcasts or Spotify, following me on Steemit, throwing some money into my hat on Patreon or Paypal, purchasing some of my sweet merchandise, buying my books Rogue Nation: Psychonautical Adventures With Caitlin Johnstone and Woke: A Field Guide for Utopia Preppers. For more info on who I am, where I stand, and what I’m trying to do with this platform, click here. Everyone, racist platforms excluded, has my permission to republish, use or translate any part of this work (or anything else I’ve written) in any way they like free of charge.