An interesting quote from below:

When I asked for PG&E’s response to the lawsuits, the company’s representatives asked me for a list of questions. They answered none of them, but they did send me a statement saying smart meters have to meet safety requirements and standards spelled out in the national electric safety code.

This is a stock standard reply.  The real issue is the safety requirements, who is setting the standards and the corporate influencers.

FRESNO, Calif. (KFSN) — It can happen in a flash. Fiery videos posted to YouTube by several homeowners show fires they blame on smart meters. Jose Valdez does not have the video of the fire at his Firebaugh home in September 2015, but he thinks this is basically what happened. The fire spread across his driveway and back towards the bedrooms in his home.

“It was pretty scary. I mean, I have two little girls, a 6-year-old and a 4-year-old at the time. They were all scared,” said Valdez.

Valdez and his family ran out and firefighters had already started pouring water on the house. 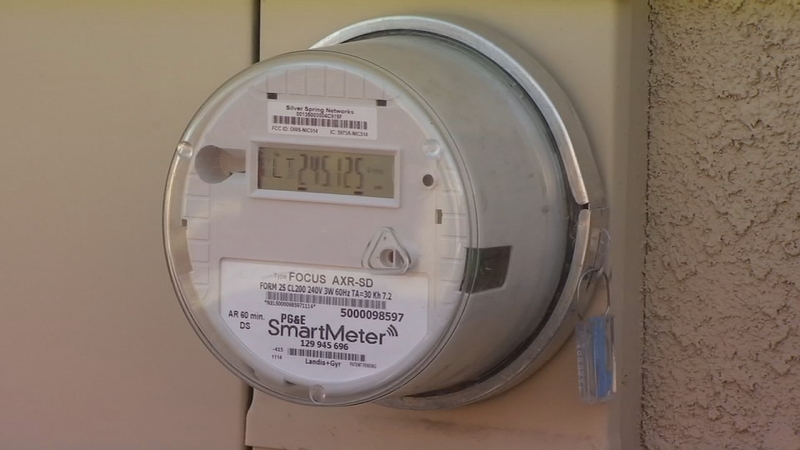 A device resting on the side of about ten million home in central and northern California is at the center of several lawsuits that claim it may not be as innocuous as it looks.

He noticed several PG&E employees got there almost as quickly, and he says one of them removed the smart meter while the firefighters worked. Firebaugh’s fire chief saw it too.

He says he is never seen that before, but he thinks he knows why they may have wanted the device.

Dozens of people have blamed smart meters for fires over the last several years and the issue has been a topic of discussion for the California Public Utilities Commission.

In 2014, a report from the CPUC acknowledging concern about smart meters as the possible cause of some fires said the commission’s staff determined none of the fires they examined were caused by smart meters.

Jose Valdez is not convinced.

His insurance company is suing PG&E over the fire at his house and they not alone.

“Active arcing going on, electrical activity happening with flames going up the side of the house,” said Don Macalpine.

Fresno firefighters put out the fire at the Sandoval home. Deputy Fire Marshal Don Macalpine says there’s no clear evidence it started with a smart meter malfunction, but their investigation doesn’t rule it out.

A second lawsuit filed on behalf of the Sandoval’s’ insurance company blames PG&E and the smart meter.

In fact, at least five lawsuits in California make the same claim about smart meters.

When I asked for PG&E’s response to the lawsuits, the company’s representatives asked me for a list of questions. They answered none of them, but they did send me a statement saying smart meters have to meet safety requirements and standards spelled out in the national electric safety code.

And they added, “Although we won’t comment on active litigation, we can say that PG&E stands behind the safety of our Smart Meters.”

But Valdez sees his differently now, as a possible threat attached to his home, in what he considers to be one of the worst possible positions.

“My kids’ bedroom is right next to the garage and who knows what would’ve happened after that if it would’ve been in the night,” said Valdez.

Both Fresno County lawsuits are set for trial in 2018.